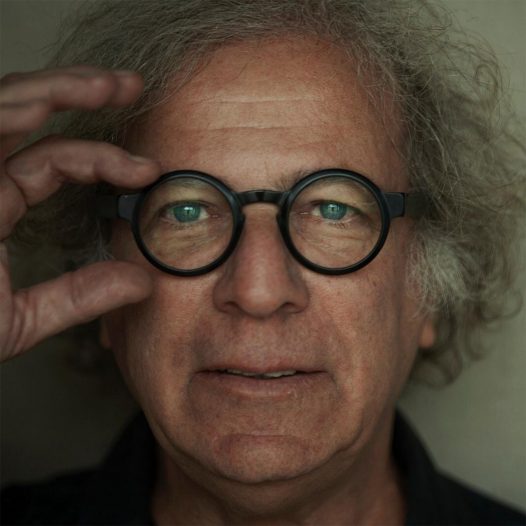 A Conversation with Itay Talgam

In 1987, he was invited by his teacher and mentor, Leonard Bernstein, to conduct the first part of a concert with the Orchestre de Paris, his first experience as an international conductor. Since then, he has conducted orchestras across Europe, as well as all of the major orchestras in Israel.

In 1996, he was invited to give a presentation on classical music to a group of senior executives. Seeking inspiration, he turned to his video library and sought out examples of moments which he considered contained the essence of what great conducting means – then tried to interpret the work of the conductors he’d chosen not in musical terms, but from the position of leadership.

From this came the Maestro Program, a framework of leadership, team-building and creativity workshops; a 2009 TED Talk which has been watched almost four million times; and in 2015, a book, The Ignorant Maestro: How Great Leaders Inspire Unpredictable Brilliance.

His time is now split between business consultancy and music-making, and between his homes in Amsterdam and Tel Aviv.

In this episode, Itay and Tom discuss…

01:54 – A culturally diverse childhood in Tel Aviv
05:06 – Being an unruly pupil and the hazards of having long hair
06:36 – Art Blakey, Dizzy Gillespie, Pablo Casals and developing an eclectic love for music
08:30 – Finding one’s place as a second child
09:40 – Whether the young female Itay would have been drawn to conducting
11:26 – Military service as a lesson in leadership
14:17 – Philosophy as the answer to life’s important questions… or not
18:22 – His first professional experience conducting an orchestra
19:27 – The conductor as dictator
21:02 – The most creative person and greatest musician he ever met
24:14 – Becoming father to a son and sharing parenting responsibilities with a superwoman
26:35 – The place of women in classical music
28:51 – Daniel Barenboim on female conductors
30:45 – (Tom Cruise + Sean Connery) < Riccardo Muti
32:44 – The role of women in the Israeli army
35:23 – Exploring conducting as a metaphor for business leadership
37:35 – Leadership stereotypes
41:06 – One woman’s unique path to becoming a leading conductor
46:00 – Gender inequality in spiritual leadership
49:34 – The maestro, the prima donna and the diva – gender stereotypes of emotion
51:32 – Lockdown as an opportunity
52:26 – Becoming an ignorant father – to a daughter – in his 50s
55:44 – Hoping for the best
56:37 – Completing the sentence “If I Had Been Born A Girl…”

Itay’s first recommendation is the website of singer and conductor, Nathalie Stutzmann, and particularly the interview page, where you can hear her talk about her life and career, listen to her sing and watch her conduct. As Itay says, “A triumph!!”

His second recommendation is this performance given in 1990 by musician and comedian, Victor Borge, described by Itay as “a master in leading audiences through storytelling, creating engagement and constant creative flow.” It’s not exactly related to gender equality, but it is very funny.

Itay’s official website is here. You’ll find a short biography of Itay himself and a recording of him conducting the Cluj Philharmonic Orchestra in a performance of the heavenly 4th movement of Mahler’s 9th symphony; details of the Maestro Program; and information about his 2015 book, The Ignorant Maestro: How Great Leaders Inspire Unpredictable Brilliance.

If you have not yet seen it, you really – and we mean really – need to watch Itay’s 2009 TED talk, Lead Like The Great Conductors.

There are a number of other talks by Itay available online, often riffing on similar themes. Two of our favorites are his 2011 talk at TEDxHelsinki On Rehearsing and this talk from the 2012 TEDxTelAvivSalon titled Reality Is Actualizing.

For a concise audio-only summary of some of Itay’s key ideas, listen to his short interview, The Symphony of the Boardroom, with the Judge Business School at the University of Cambridge.

Among the many articles about Itay, we particularly enjoyed this interview by Anne Loehr published in the Huffington Post in 2017 and this piece which appeared in the Economic Times in 2011.

If you are intrigued by the passing reference made in the podcast to Europe’s first female orchestra conductor, Frieda Belinfante, you can read her extraordinary story here.

Marin Alsop became the first female conductor of a major US orchestra when she was appointed conductor of the Baltimore Symphony Orchestra in 2007. She was also the first woman to conduct the Last Night of the Proms, and has plenty to say on the subject of sexism in classical music.

Nathalie Stutzmann, who features in one of Itay’s recommendations above, is both a celebrated singer and a highly successful conductor.

Simone Young is the conductor so admired by Daniel Barenboim for her ‘asexualised’ style. The Australian Screen website also contains further clips from the documentary mentioned by Itay, The Young One: A Portrait of the Conductor Simone Young. And she talks at length about the challenges of her role as general manager and music director at the Hamburg State Opera in this excellent interview.

Lastly, for an entertaining, if gossipy, take on what drives the great conductors, as well as insights into the challenges faced by women and other underrepresented minorities in the field, you may want to read The Maestro Myth: Great Conductors in Pursuit of Power by Norman Lebrecht.

Episode 8
A Conversation with Itay Talgam