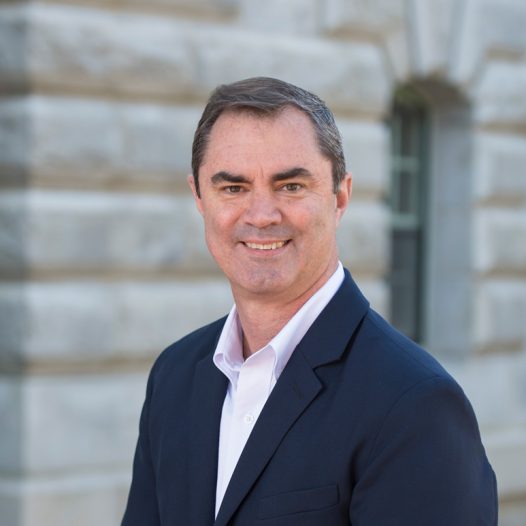 Born into a military family, David attended the United States Navy Academy in Annapolis, Maryland, before going on to train as a Navy pilot. He flew more than 3’000 hours, including combat missions in Iraq and Afghanistan, and in 2004 became Commanding Officer of the Skinny Dragons – Patrol Squadron 4, with 450 people and nine aircraft under his responsibility.

On transitioning out of his combat role, David studied for a doctorate in sociology at the University of Maryland, writing his dissertation on the work and family decision-making of dual military couples – a subject he knew well, as his wife is also a graduate of the US Naval Academy.

He’s a frequent presenter on gender relations topics and best practices in mentoring, and has co-authored two books, Athena Rising: How and Why Men Should Mentor Women, published in 2016, and Good Guys: How Men Can Be Better Allies for Women in the Workplace, which came out in October 2020.

In this episode, David and Tom discuss…

01:48 – Childhood career ambitions
04:34 – Growing up in a military family
10:37 – An early love for STEM subjects and curiosity about how things work
11:50 – The early days of women at the US Naval Academy
13:36 – Experiences and expectations of female and male midshipmen
16:54 – The Naval Academy as liberal arts school for engineers
19:08 – Training to be a naval aviator
20:03 – First leadership responsibilities
21:42 – Limited opportunities for women in the Navy prior to 1993
24:57 – Meeting his wife when they were ‘youngsters’ and supporting female peers
28:58 – Marrying immediately after graduation and life as a young dual-military couple
30:36 – The different challenges faced by his wife – greater competition and the ‘queen bee syndrome’
35:59 – The decision-making strategies adopted by dual-career couples
44:53 – Planning as a couple when to have children – and real life intervening
49:13 – Becoming Commanding Officer of the Skinny Dragons
50:46 – The impact on masculine norms of the first women in combat leadership roles
52:40 – Whether his female alter ego would have been a victim of sexual harassment
53:50 – Physical bravery, moral courage and the importance of men calling out their peers
56:08 – Transitioning from a combat role to… something else
58:37 – Discovering sociology and studying under an inspirational husband and wife
1:00:30 – Choosing to focus on gender equity and discovering qualitative research methods
1:03:03 – Returning to the US Naval Academy as a Professor
1:04:57 – The impact of different gender ratios on classroom dynamics
1:07:50 – Exploring with Brad Johnson the question of why men don’t engage in gender initiatives
1:10:34 – #MeToo, male allyship and how men “show up” in the workplace
1:13:11 – Not blaming men and working towards an aspirational message
1:16:10 – Optimism for the future and the pandemic as opportunity
1:17:53 – Completing the sentence “If I Had Been Born A Girl…”

David’s first recommendation is Fight Like A Girl: The Truth Behind How Female Marines Are Trained by Kate Germano.

His second recommendation is Fair Play: A Game-Changing Solution for When You Have Too Much To Do (and More Life to Live) by Eve Rodsky. It may not be immediately obvious from the title, but this book and the Fair Play cards which go with it present a gamified approach to a problem which has come up over and over in the conversations we’ve had with our guests on the podcast: how to divide up domestic responsibilities. We’re also big fans and encourage you to find more information at the Fair Play website.

David’s website, which showcases the work he does with the co-author of his two books, Brad Johnson, is Workplace Allies. You’ll find more information about their most recent book, Good Guys: How Men Can Be Better Allies for Women in the Workplace, as well as their first book, published in 2016, Athena Rising: How Men and Why Men Should Mentor Women. Don’t be put off by David and Brad’s PhDs – both books are written in an extremely engaging style – for men who might not naturally pick up books on these subjects – and they’re full of practical and thought-provoking content.

For a succinct summary of some of the key points from Good Guys, read their article The Inclusion of Men in Gender Equity Efforts.

For an up-to-date take on David’s conviction that men should mentor women, read the article he wrote this summer with Brad Johnson and Ruth Gotian, Note to Men: Mentor Her! (Yes, Even During a Pandemic).

It’s almost worth subscribing to the Harvard Business Review solely to read the articles written by David and Brad. Since 2017, they’ve published more than 20 articles on a variety of subjects. If you’re not a subscriber, you can still read 3 free articles per month. We recommend the 2018 article, The Different Words We Use to Describe Male and Female Leaders; the October 2017 article, Lots of Men Are Gender-Equality Allies in Private. Why Not in Public?; and, if you’ve had enough of stuff about gender equity, the September 2017 article, How to Mentor a Narcissist.

The article referred to during our conversation which featured both in the Harvard Business Review and on the site of The Good Men Project appeared in 2017 under the title Too Many Men Are Silent Bystanders to Sexual Harassment.

For a detailed exploration of the life choices made by women in dual military couples, read this article David wrote in 2016 for Res Militaris, the European journal of military studies, Role Transitions of Women in Dual Naval Career Couples: A Life Course Perspective.

Here’s a video of David and Brad doing their two-man-show, speaking with all their customary wit and incisiveness on The Power of Inclusive Mentorship.

David has appeared on a number of podcast. One of our personal favorites is his appearance on the excellent She Breaks The Mold podcast, hosted by Janet Whalen. David was her first ever male guest, and featured in a 2018 episode titled Women Need Mentors, Not Rescuers. More recently, he appeared with Brad Johnson on the HBR Women At Work podcast, in an episode titled Helping Men Help Us.

Episode 9
A Conversation with David Smith