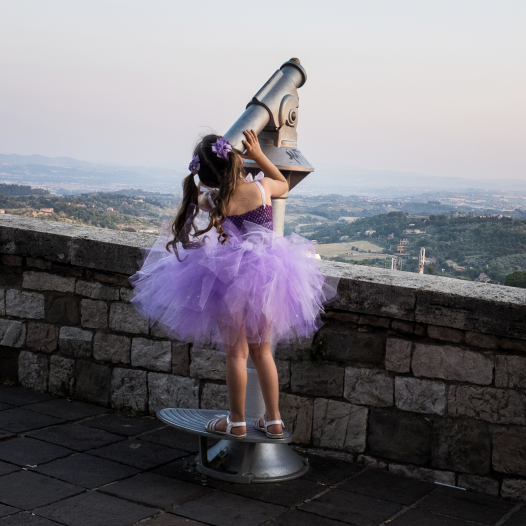 Host of the If I Had Been Born A Girl podcast

I’m often asked why I created the If I Had Been A Girl project and podcast. This is not an easy question to answer in a couple of sentences.

I tried to do so recently in the Pecha Kucha format, which imposes the very specific constraint of speaking to 20 slides, each of which is displayed for exactly 20 seconds. When you add that up, you realize that you have 6 minutes and 40 seconds, which sounds as though it should be more than enough – but I still found myself motormouthing my way through my allotted time, desperately trying to fit in everything I wanted to say, with the result that my delivery sounded breathless, and I can imagine that anyone listening felt the same way. And despite my best efforts I overran by a couple of seconds – with the result that the recording cuts off half way through my final sentence.

Still, I do want to try to answer this question, which is why this episode is a little different from the previous eleven episodes. Instead of an interview with a successful man – or woman – challenging them to reflect on how they really got where they are today, this is a recording of me reading the Foreword to a book I’m writing, with the title – you guessed it – If I Had Been A Girl.

The text in this recording is an abridged version of the latest draft. The final version may turn out to be slightly, or indeed substantially, different. But I hope it will give you a better idea of why I’m doing all of this.

In this episode, I talk about…

01:31 – Finding the perfect candidate
02:59 – An unexpected reaction
06:45 – Early experiences of sexism in the workplace
09:03 – The birth of my daughter
10:24 – Worrying about whether I had the right to bring a child into today’s world
14:45 – An in-joke among Diversity & Inclusion specialists
15:38 – Gender equality certification and finding my inner millennial
19:00 – Discovering my entrepreneurial spirit
23:22 – Why I am qualified to write a book about gender equality
25:48 – Being a ‘passive progressive’
27:12 – The convictions underpinning this project
31:04 – Why gender equality would create a better world for everyone
33:56 –A message to my readers

There are writers (and readers) who love footnotes, and there are those who detest them. I pledge my loyalty fully and openly to the former camp. There are 8 footnotes in the version of the Foreword read in this episode. For reasons of continuity, they are not included in the recording. Since I am nothing if not a completist, I have added them here. The numbers in brackets before each note indicate the precise moment in the recording at which the text to which the footnote pertains is spoken.

(01:38) Information about the companies for which I have worked over the course of my career is in the public domain – the curious reader may simply consult my LinkedIn profile. It seems to me, however, that their identities are incidental to the story I wish to tell, and that to refer to them explicitly within the main text would be a distraction.

(05:33) It is true that, outraged by the practice of papal selling of indulgences to raise money for Rome, Calvin decreed that the granting of loans with interest – in other words, provision of banking services – was permissible by the Church. Add the core Protestant principle that the private sphere is sacrosanct, and you have the moral justification for banking secrecy, which is nothing more than the duty of the bank to protect the privacy of its clients.

(24:06) Charmingly, my spell-checker wants desperately to correct this sentence to read, “I did not find a unicorn.” In this context, however, the word ‘unicorn’ refers not to my daughter’s favorite animal, but to the term used by venture capitalists to describe a privately held start-up company which reaches a market value of a billion US dollars. Most are in the technology sector.

(24:28) Clearly, my privilege does not begin and end with my masculinity. Indeed, were this book not focused on the phenomenon of male privilege, I could just as truthfully have written that “I am an almost perfect incarnation of privilege” and left it at that. I am white, straight, able-bodied, cisgender, educated – I could go on and on. Isolating the specific impact of any one of so many ‘intersectional’ privileges can be difficult, not to say impossible. I will address this point in more detail in the first chapter.

(25:46) Attributing their success or advantageous situation to simple good fortune is one of the arguments most frequently used by those who benefit from systemic discrimination to deny their privilege. I will explain and illustrate the difference between privilege and luck at various points throughout this book.

(29:23) Incidentally, it is on this point that I disagree with the approach that has been taken by many practitioners in the field of Diversity and Inclusion in the past. For too long, it has been argued that in order to get men on board with the idea of addressing systemic sexual discrimination we should avoid scaring them with any message that suggests too explicitly that they might lose something in the process. This is pandering nonsense.

(31:03) The thoughtful reader may be wondering if there is a significance to the fact that I have used here, as already on a number of occasions in this Foreword, the term ‘gender equality’ rather than ‘gender equity’. Often during this book, I will be arguing for equitable rather than equal treatment and where I feel that the distinction is essential, I will endeavour to be as precise as possible in my use of language. As a general rule, however, the more widely-used term ‘gender equality’ – as, for example, in the description of SDG5, the fifth of the seventeen Sustainable Development Goals defined by the United Nations: “Achieve gender equality and empower all women and girls” – should be understood in the broadest sense to cover the notions of equality and equity, as well as the elimination of all discriminatory and harmful practices against women.

(32:27) There is a growing community of activists who argue that the business case for diversity, including that for gender equality in the workplace, should no longer be made. The two principal arguments put forward are: first, statistics of the sort produced by McKinsey and cited here in fact place the burden on the minority groups they are intended to support by making them responsible for delivering the additional profits and other benefits their increased representation is expected to generate; and second, presenting a business case legitimizes the need of the dominant, privileged population – men, in the case of the present discussion – to be offered the carrot of yet further advantages in order to recognize the value of those it discriminates against. It is hard to disagree with either argument. However, as Rory Sutherland, one of my podcast guests, wrote in his recent book, Alchemy: The Surprising Power of Ideas That Don’t Make Sense, “Demanding people do the right thing and for the right reason is setting the bar rather too high.” 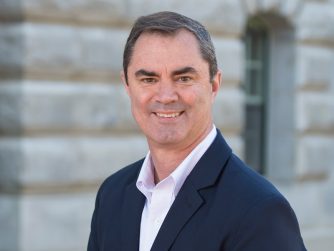