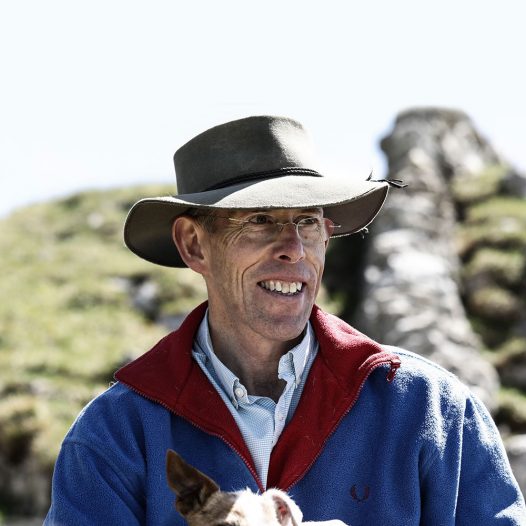 A Conversation with Scott Poynton

Born in rural Australia, Scott developed a deep love of Nature as a young boy. At the age of 15, he heard a voice on the radio which changed his life and made the decision there and then to dedicate his life to forest conservation. He studied forestry at the Australian National University and worked as a forester in Nepal and Tasmania before winning a scholarship to omplete a Masters at the University of Oxford, where the focus of his work was on land use, conflict resolution and cooperation.

In 1999, after spells working in London, Canberra and Vietnam’s Mekong Delta, he founded the Tropical Forest Trust, which later became The Forest Trust. Over the next two decades he built this into an organization of more than 250 people working in 48 countries, with a scope that went far beyond forest conservation to cover a range of social livelihood programmes.

In 2015, he left his role as CEO to focus on another of his passions: accompanying companies and executives through complex and challenging change journeys. He runs retreats in a variety of formats, which are designed to help participants explore their past, present and possible futures, to connect to themselves and to listen to their inner voice.  In 2020, he founded The Pond Foundation, which seeks to help people responsible for leading large scale change to “find calm in chaos”.

In this episode, Scott and Tom discuss…

01:54 – The idyllic surroundings of rural Australia
03:16 – Fighting with his brother and broken noses
05:06 – An absent father, alcohol and domestic discord
07:18 – An indomitable tea-drinking, chain-smoking maternal role model
13:04 – Dreaming of having a sister
13:40 – Solitude, dogs and finding calm at the pond
17:24 – The radio show that changed his life
23:24 – Studying a “man’s degree”
25:30 – Bush life in Tasmania
26:53 – A sense of destiny and the call of the dreaming spires
31:30 – Love at first sight, lightning bolts and oak trees
35:47 – Returning to Tasmania and beginning a long-distance relationship
39:36 – 2 years, 2 months and 15 days in the Mekong Delta
42:27 – The sacrifices made by a woman supporting her partner’s uncompromising pursuit of a dream
46:01 – Founding the Tropical Forest Trust
51:09 – Returning to Vietnam
53:14 – Travelling, parenthood and the male privilege of choosing when to be present
57:10 – Mediating between multi-nationals and NGOs in rooms full of men – and occasional extraordinary women
1:02:22 – Whether he would have been given a seat at the table as a woman
1:03:55 – The advantages of being a tall man and treatment of women in Asia
1:06:47 – The leader as male – and female – warrior
1:09:28 – Letting go of your life’s work and finding a new challenge
1:12:29 – Escaping from chaos, being the calmest person in the room and helping others find their own path
1:16:29 – The mundane male privilege of feeling safe and not being harassed
1:18:10 – Men’s health, the cost of privilege and Movember
1:22:16 – Societal collapse, deep adaptation and staying in your darkness
1:26:40 – Completing the sentence “If I Had Been Born A Girl…”

His second recommendation is The Second Sex by Simone de Beauvoir. Scott adds: “I had it recommended to me when I was 19 by a similarly aged woman friend who was into reading books on philosophy. I asked her to recommend me some books and she recommended ‘The Second Sex’ and ‘Zen and the Art of Motorcycle Maintenance’. I read them both. I couldn’t quote any of ‘The Second Sex’ to you…but I remember it having a profound impact on me.”

The environmental organization which Scott founded was originally called the Tropical Forest Trust, then later became known as The Forest Trust. Today it’s known as the Earthworm Foundation. You’ll find an entertaining, animated timeline of the organization’s history (interspersed with selected, er, highlights from world history) in this video.

Speaking of earthworms, during our conversation, Scott referred to a book which he wrote about his childhood – published under the pen name, Nigel Moncrief, it’s called The Magical Appearance of Earthworms.

Scott is a creator of communities. He is currently putting much of his energy into facilitating two communities in particular: The Pond and the My Carbon Zero Community.

Scott is an enthusiastic, if irregular, podcaster himself. You’ll find The Scott Poynton Podcast on Spotify, Apple Podcasts – or you can simply listen to them on his website.

He’s also a prolific blogger. You’ll find pieces on a wide range of subjects here. Two articles which came up during our discussions with Scott ahead of recording this podcast were Broken Boys and Luca’s Stories.

For a much longer piece which speaks very much of Scott’s philosophy of life, see his guest blog on the Mongabay environmental website, titled Between Two Worlds: Tears For The Unheeded Wisdom Of Elders

To learn more about the inspiration for Scott’s life as a forester and campaigner, Richard St Barbe Baker, on whose birthday, October 9th, we recorded this episode, visit The Man Of The Trees.

The show on which Scott heard Richard St Barbe Baker speak is The Science Show. It’s been hosted by Robyn Williams since it first went on air in 1975. The interview which Scott heard was recorded by Barrie Oldfield in 1979 – if you missed the link in the timeline above, you can listen to it or read a full transcript here.

Last, but not least, as mentioned during the episode, Scott is an energetic supporter of the Movember Foundation. And when we say ‘energetic’ – well, here’s a video which explains why every month of November he walks 5 times from the banks of Lake Geneva to the ‘top of the mountain’ and back again, covering 45km each time.

Episode 6
A Conversation with Scott Poynton