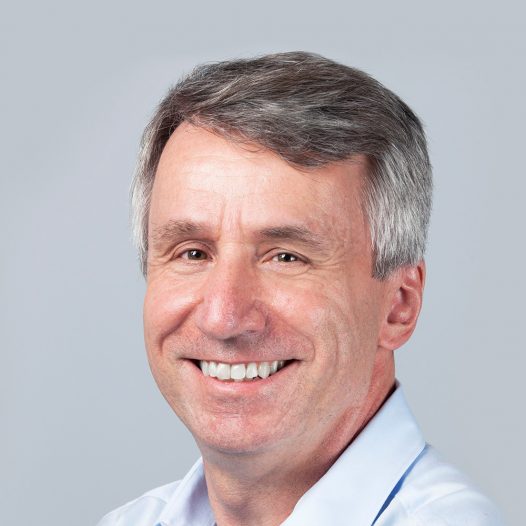 A Conversation with Paolo Gaudiano

Born in Italy, Paolo moved to the United States at the age of sixteen. After attending high school in Santa Barbara, he moved to Boulder where he obtained a BS in Applied Mathematics and an MS in Aerospace Engineering. He then completed a PhD in Cognitive and Neural Systems at Boston University, where he subsequently became a tenured Associate Professor, focusing on computational neuroscience, robotics and machine learning.

In 1999, he became Chief Scientist of Artificial Life, a company that applied machine learning to a variety of internet usage and navigation problems. An entrepreneur at heart, he founded his first – unsuccessful –  company in 2000. The following year, he joined Icosystem Corporation as VP of Technology, later becoming CTO and ultimately President of the company. For a decade and a half, he oversaw research and software development and worked on projects applying complexity science to solve challenging technology and business problems for a wide range of corporate, non-profit and government organizations.

In 2015, at the age of 53, he found his passion and his purpose, and embarked on a mission to use everything he had learned to revolutionize the way people think about Diversity & Inclusion, and what they do about it. In order to do so, he founded a tech startup, a non-profit and an academic research centre, and created an annual conference.

Paolo is a frequent speaker at industry and professional events. He is the author of more than 50 peer-reviewed scientific publications and a regular contributor to Forbes. He has been the recipient of numerous fellowships, and in August 2020 he became an Adjunct Associate Professor at the NYU Stern School of Business.

In this episode, Paolo and Tom discuss…

02:41 – Learning about the place of women in the world from his mother
04:44 – Growing up as a boy in L’Aquila
05:40 – How being a rebellious pupil in Italy led to him moving to California
09:05 – The contrast between school systems – and friendships – in Italy and the US
13:28 – Differing forms of sexism in Italy and the US
15:42 – A life driven by serendipity and enrolling at the University of Colorado Boulder
18:46 – Living in Whitopia
21:10 – A male-dominated graduate programme at Boston University
25:35 – Finding your passion early – or late – in life
29:19 – Carrying the entrepreneurial flame
31:00 – Academic disdain of applied research
32:10 – The trade winds, a first business failure and white male hubris
38:39 – Discovering that he had been doing complexity science all along
43:42 – Renaissance men – and women
45:52 – Marrying young and becoming a father as a graduate student
47:43 – The joy of having a daughter
48:56 – Tactical and strategic domestic responsibilities
50:26 – A prolonged “aha moment”
51:58 – How to get more women into technology
53:48 – Building simulations to show that diverse companies work better
55:00 – Creating the right structures to do Diversity & Inclusion work
59:05 – Being active… and being an activist
1:01:25 – What an individual can do to become more inclusive
1:04:44 – The dangers of focusing exclusively on (gender) diversity
1:05:43 – Whether the world today is a better place to be a woman
1:08:38 – Completing the sentence “If I Had Been Born A Girl…”

Paolo’s first recommendation is So You Want To Talk About Race by Ijeoma Oluo. We wholeheartedly recommend it too.

His second recommendation, is the MARC (Men Advocating Real Change) initiative from Catalyst, which aims to inspire men to leverage their unique opportunity and responsibility to be advocates for equity. (For those interested, MARC is holding an online summit in December.)

And because it’s Paolo, we’re allowing him a third recommendation – AnitaB.org – which seeks “to raise the influence of women on all aspects of technology, and to increase the positive impact of technology on the world’s women.”

The software startup which Paolo founded is Aleria.

In 2017, Paolo and Gilda Barabino launched the Quantitative Studies of Diversity and Inclusion (QSDI) initiative at the City College of New York, part of the CUNY school system, with the goal of establishing CUNY as the world’s premier hub for Diversity & Inclusion research, combining quantitative and qualitative methods.

The 2020 edition of the Diversity & Inclusion Research Conference which Paolo created will run online from November 11th to November 13th.

If you want to get some idea of what Aleria’s software does, watch Paolo’s talk at TEDxFultonStreet in 2018, which includes a very cool demo of a simulation.

We also particularly enjoyed the talk he gave at the WWF Fuller Symposium in 2018, What To Do When The Whole Is Not Equal To The Sum Of The Parts, during which he uses members of the audience to demonstrate the concepts of complex systems and emergent behavior (and ends with essentially the same simulation demo).

Paolo has published papers on a bewildering range of subjects – sea slugs, how the retina functions, our relationship with time and space, to name but a few. We were especially intrigued by one which he co-authored with the title The Effects of Word-of-Mouth: An Agent-Based Simulation of Interpersonal Influence in Social Networks, which explored “the notion of influentials, individuals who have a disproportionate influence on the spread of information and in the formation of opinions in society” – largely because the paper appeared as long ago as 2007.

In 2017, Paolo published an article in Forbes celebrating 28 awesome Black women who have been successful in a wide variety of fields. Since then, that list has been regularly updated and has now grown to over 180 names – you can find it here. And if you’re a Twitter user you can follow the entire list with a single click.

You can find all of Paolo’s articles for Forbes here.

You can read his recent blogpost about finding your passion late in life here. On a related subject, The School of Life recently published a fascinating article on The Vocation Myth.

In 2018, Paolo responded to what he perceived as the increasing number of men whining at being mistreated because of #MeToo with this open letter.

Last but not least, if you are a white person looking for more inclusive experiences and you happen to find yourself in New York – once the Covid-19 pandemic is over, of course – why not follow Paolo’s advice and visit the Apollo Theater in Harlem?

Episode 5
A Conversation with Paolo Gaudiano