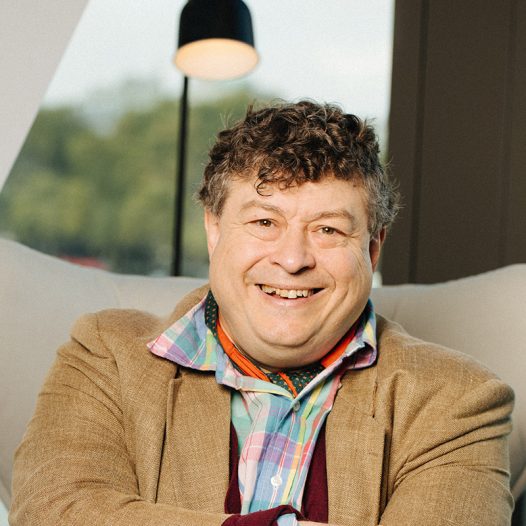 A Conversation with Rory Sutherland

Rory Sutherland might have been a Classics teacher, had he not chosen to apply to the graduate program of advertising agency, Ogilvy UK, who decided to “take a punt on the weirdo”. Despite being fired not long afterwards from the agency’s planning department, he re-joined the company immediately as a junior copywriter and rose rapidly through the ranks, first as a copywriter and later as a creative director. In 2006, he became Vice-Chairman of the company.

Today, he runs Ogilvy’s Behavioral Science Practice, working to creatively apply the insights of contemporary behavioral science to diagnose and create what he calls ‘unseen opportunities’.

Rory was President of the IPA, the trade body and professional institute for advertising, media and marketing in the UK, from 2009 to 2011 – he was the first ‘creative’ to hold the post. He has also served as President of the Judges for the Direct Jury at Cannes, the largest event for the advertising and creative communications industry.

Between them, Rory’s three TED talks have been viewed more than 7 million times. He writes the ‘Wiki Man’ column for the Spectator, and is the author of two books, the second of which, Alchemy: The Surprising Power of Ideas Which Don’t Make Sense, was published in 2019.

Rory was once named (a little unfairly, in our view) the “Worst Dressed Man in British Advertising” by Campaign magazine. He is married to a vicar and has twin teenage daughters.

[Note from Tom: recording of this episode was plagued with technical problems. Thankfully, Rory had a backup plan and we were able to use a recording he had made on a (very sensitive) standalone microphone. One side-effect is that Rory’s typically lively anecdotes and occasionally colorful language are accompanied rather more prominently than we would have wished by the sound of Kentish seagulls.]

In this episode, Rory and Tom discuss…

01:40 – A childhood of crazes and enthusiasms
03:42 – The ‘Heathrow-JFK effect’ and being boring as a career strategy
05:04 – Being an 8-year-old boy in the 1970s
07:47 – Growing up in an extraordinarily eccentric place
08:53 – Rockfield Studios, difficult second albums and Bohemian Rhapsody
10:21 – Gender imbalance at 1980s universities
11:52 – Flexible working, mutually beneficial outcomes and zero-sum politics
15:04 – Studying both arts and STEM subjects and the value of hanging out with first-rate minds
17:19 – Being hired despite being a ‘weirdo’
18:20 – Whether he would have been hired as a woman
19:30 – The quality of women at the top, Nassim Taleb and Brooklyn surgeons
20:49 – Unconscious bias towards good-looking people
23:30 – From the marriage bar to matriarchy
26:28 – Putting family and children first
28:34 – Whether it would have been possible to have the same career as a mother
31:02 – Networks and the importance of being ‘visible’ to get ahead
33:14 – The drivers behind career choices
37:43 – Rory’s messy career and being a curious dilettante
39:01 – Male and female eccentricity
41:47 – Women in the advertising industry
45:04 – Why fewer women study STEM subjects (and it’s not always the answer you think)
48:36 – The impact of networks and referrals on diversity in recruitment
51:49 – Possible behavioral interventions to improve diversity
55:01 – Holding nuanced opinions
57:40 – ‘Wokeness’ in advertising
58:53 – Young persons’ London culture, long-range altruism and short-range individualism
1:02:12 – Fay Weldon, the rise of the dual-income household and demise of the housewife
1:03:45 – Germaine Greer, Peter Tatchell and deplatforming
1:05:11 – The relative impact of short-term extreme interventions
1:06:58 – The future of marketing is female
1:08:30 – Completing the sentence “If I Had Been Born A Girl…”
1:08:50 – Coming from a family of highly educated men – and women
1:13:38 – The division of labour in his marriage

His second recommendation, which he describes as ‘surprising’, is The Mating Mind: How Sexual Choice Shaped the Evolution of Human Nature by Geoffrey Miller. As Rory explains, “It is useful to read the evolutionary view on why there may be some innate differences between men and women. The genders may be complementary, equal but not identical at the aggregate level.”

You can find all three of Rory’s TED talks here. If it’s not too meta for you, you may be interested in this analysis on the Big Fish Presentations blog, which explains why his 2012 talk Perspective Is Everything works so well.

Rory’s writing for the Spectator is here. If you’re not registered, you get to read two free articles, so you’ll need to choose carefully. Assuming you’re here because you have some interest in questions of equality, you might want to start with Creating Inequality by Degrees. On the other hand, you may simply want to know the truth about the 24 hours Rory spent in a Qatari jail.

Unsurprisingly, Rory is much in demand as a podcast guest. Among his numerous appearances, some of our favorites are those on The Knowledge Project, on Real Famous and on London Real.

If you have a small fortune hidden under your mattress, you may be able to afford a copy of Rory’s first book, The Wiki Man, which was selling for well over £100 at the time of writing.

In case you missed the link in the bio higher up the page, here’s a link to his most recent book Alchemy: The Surprising Power of Ideas Which Don’t Make Sense. If you’re not sure it’s for you, you can read an excellent summary of the main ideas by Marc Rubinstein on the Degrees of Certainty blog.

Among the multitude of online resources available on the subject of behavioral science, we particularly like Oh, Behave and Habit Weekly.

Last but not least, if you really want to dig deeper, Rory is the driving force between online courses on behavioral economics at 42 Courses and MindWorx Academy.

Episode 4
A Conversation with Rory Sutherland