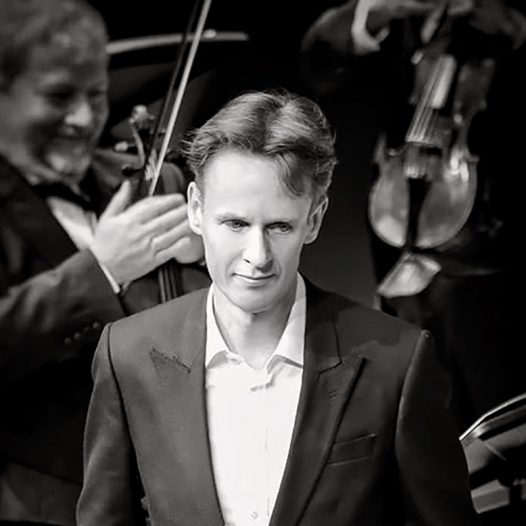 A Conversation with Ian Bostridge

Opera and lieder singer, writer, academic and expert on witchcraft

Ian is an internationally renowned lieder and opera singer.

Educated at Westminster School, then at both Oxford and Cambridge universities, he wrote his doctoral thesis on the significance of witchcraft in English public life from 1650 to 1750, before initially embarking on an academic career teaching political theory and 18th century British history.

An accomplished singer since his school days, he began singing professionally at the age of 27 and rapidly established himself as a distinctive performer, notably of Schubert, Schumann and Britten, as well as of contemporary composers, such as Hans-Werner Henze. He has been nominated for the Grammys 13 times, winning in 1999, 2009 and 2016.

Ian is recognized as one of the great interpreters of Schubert’s Winterreise song cycle, which he has performed more than 100 times. In 1997, he gave a dramatic performance of the cycle in a film created by the American director, David Alden. In 2015, he published Schubert’s Winter Journey: Anatomy of an Obsession, which has been translated into more than a dozen languages and won awards all over the world.

Much to his own amusement, Ian is the great-grandson of former Southampton, Millwall and Tottenham Hotspur goalkeeper John ‘Tiny’ Joyce. In 2004, he was made of a Companion of the British Empire for his services to music.

In this episode, Ian and Tom discuss…

01:30 – Their shared primary school experience
02:52 – Single-sex vs mixed schools
05:19 – An inspirational teacher and finding music
06:57 – Growing up in a gendered household
09:08 – Influential female figures and suburban life
10:10 – Childhood aspirations, wanting to be an intellectual and writing to Roger Penrose
13:48 – Oxford University in the late 1980s
15:15 – The rise of science and rational thought and the disappearance of witchcraft
18:28 – Whether gender inequality will one day be seen as being as irrational as witchcraft
19:39 – How being a singer has resulted in his being in a sexist marriage
21:38 – Becoming a professional singer at 27
23:09 – The impact of having children on a female singer’s career
24:59 – The differences between having a son and a daughter
26:44 – The pressure on modern female singers to have an ‘image’
28:58 – The female repertoire Ian would have enjoyed singing as a woman
30:14 – The importance of Winterreise in his life and the idea of singing it as a woman
32:00 – Whether he would have become a singer as a woman
33:15 – Sexism in casting in opera, older men playing younger roles and women retiring earlier than men
35:54 – Men playing women and singing texts written from a female perspective
36:48 – Cultural appropriation and performing troubling works from the past
38:54 – Individual and institutional responses to gender inequality
44:18 – Cooking as a typical male contribution to domestic responsibilities
45:11 – #MeToo and optimism for the future of women
46:23 – Completing the sentence “If I Had Been Born A Girl…”

His second recommendation is Ibram X. Kendi’s book, How To Be An Anti-Racist. While this is obviously not a book about gender equality as such, it has much to teach us about how we must position ourselves in order to combat prejudice and discrimination. As Kendi says, the opposite of ‘racist’ is not ‘non-racist’ – we must be anti-racist. We might argue that the same is true of sexism.

Ian has released more than 50 CDs over his career. His most recent album is Beethoven: Songs & Folksongs with pianist Antonio Pappano. In 2019, he recorded a version of Winterreise accompanied by Thomas Adès, which makes for a fascinating comparison with his 2000 recording with Leif Ove Andsnes. His most recent Grammy was in 2016, for an album of Shakespeare Songs, also with Antonio Pappano.

If we had to take only one of Ian’s recordings to a desert island, it would be Songs From Our Ancestors, accompanied by guitarist Xuefai Yang.

For more information about Ian’s path to becoming a singer, read this article about his life in music.

For a selection of his writing on music, order his first book, A Singer’s Notebook.

And in case you missed the link in the bio higher up the page, here’s a link to his most recent book, Schubert’s Journey: Anatomy of an Obsession.

For an extraordinarily comprehensive database of information about the song cycle that has been so central to Ian’s life, visit winterreise.online, which includes, amongst other things, details of almost 500 recordings of the cycle (of which 5 are sung by women).

Read this wonderful article, written by Ian’s brother Mark in 2006, for a further exploration of growing up in a gendered household and disappointing a father’s hopes of bonding through a shared love of football.

In 2016, Charlotte Higgins, writing in The Guardian, asked Is Opera The Most Misogynistic Art Form?

And in 2017, Shawn Milnes wrote an article titled Can Opera Cure Its Sexist Problem?

Episode 3
A Conversation with Ian Bostridge