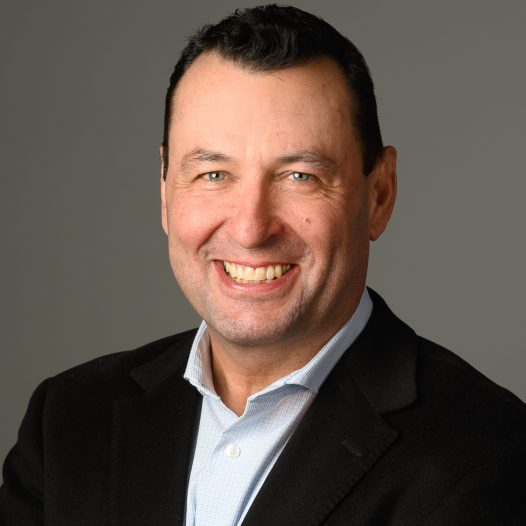 A Conversation with Brian Iselin

Brian is the Founder and CEO of slavefreetrade, an international NGO which aims to make it possible for businesses, governments and consumers to eradicate modern slavery by providing them a platform that guarantees products made with respect for human rights.

Brian’s expertise in human trafficking and deep understanding of the dynamics of modern slavery – and his anger towards men at the things they do to women – are the result of years spent as a federal agent in the field. “I’ve been in the mines, the brothels, the fishing fleets,” he says. “I’ve seen the face of slavery, and what happens in the darkness of the supply chain.” His experiences were often traumatizing, and the stories he had to tell were shocking enough to put people off their food – but, he realised, not enough for them to change their behavior. The solution being developed by slavefreetrade seeks to remedy that.

Brian’s vision is of a world in which ethically conscious people from all walks of life have embraced the power of technology to ensure a modern, progressive world where everyone lives in freedom, respect and dignity. The technology he is building, with an army of volunteers located across the globe, is potentially transformative – but to succeed, it must go hand-in-hand with a wave of human consciousness.

In this episode, Brian and Tom discuss…

01:31 – The ‘Aussie bloke’ stereotype and its effect on Australian society
04:03 – Early female influences and different types of power
06:40 – What it means to be a man
09:30 – Life at an all-boys school
13:50 – Career aspirations and yearning for exoticism
17:50 – Attending a progressive, ‘feminine’ university
23:25 – His female alter ego, ‘Briony’
24:43 – Recruit training in the federal police and building resilience
28:44 – Launching the UN Human Trafficking initiative in the Asia-Pacific region
29:50 – Following a diplomat wife around the world and taking the parental lead
31:43 – Physical safety in the field, the Daphne project and his anger towards men
36:53 – Putting people off their food, ‘care for a day syndrome’ and the origins of slavefreetrade
39:30 – Behavioral economics and starting a human rights organisation
41:50 – Being a top 10 thought-leader in blockchain for social impact… and struggling for funding
43:00 – The barriers women founders and leaders face in tech and in NGOs
45:19 – Being listened to by virtue of being an ‘old white man’
45:48 – Being an ENTJ personality type as a man and a woman and holding women to different standards
49:39 – How to react when your 8-year-old says she wants to be a stylist
51:46 – Completing the sentence “If I Had Been Born A Girl…”

Brian’s first recommendation is a stunning and extraordinarily powerful collection of images by humanitarian photographer Lisa Kristine in which, as her website puts it, “documents the pain of modern day slavery and the hope of freedom, allowing us to bear witness to the most horrible abuses imaginable and the most astonishing glimpses of the indomitable human spirit.”

His second recommendation is the Man Up! Pledge from the Stop Demand foundation.

First and foremost, you should visit the slavefreetrade website.

If you want to understand what we mean when we refer to Brian as a pioneer in the field of RightsTech, read the article in which he coined the term.

Find out why something is either slave-free or it isn’t in this article based on a, er… condom analogy.

If you’ve never seen a middle-aged man undress on stage for a good cause, watch Brian explain how conscientious consumption starts with the supply chain – and perform a #stripforslavery – at the Ethereal Summit in June 2017. (Don’t worry, it’s safe for work. Just about.)

Watch Brian present his vision for slavefreetrade in 6 minutes at Ignite Zurich in September 2017.

Lastly, for an example of an NGO taking a feminist approach to its management style, take a look at Action Aid’s 10 Feminist Principles.

Episode 2
A Conversation with Brian Iselin