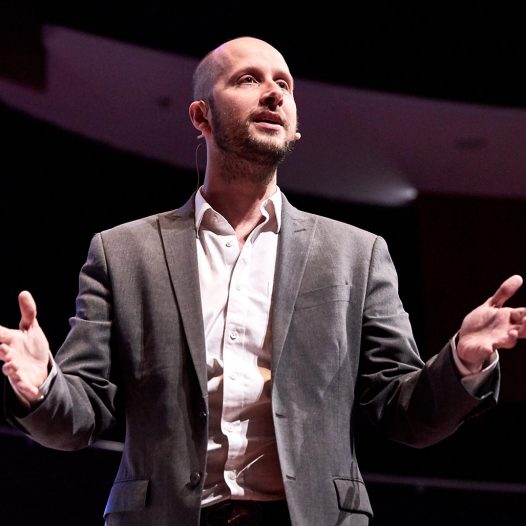 A Conversation with Matt Wallaert

Matt has been applying behavioral science to practical problems for over fifteen years. He was one of the first behavioral scientists to leave academia and work in industry, serving notably as Microsoft’s first Director of Behavioral Science and, most recently, at Clover Health as the healthcare industry’s first Chief Behavioral Officer. He’s given literally hundreds of talks on the science of behavior change and in 2019 published his first book, Start at the End: How to Build Products that Create Change.

Alongside his mainstream career, Matt has worked on an impressive array of pro-social side projects focusing on the under-represented and the disadvantaged. As he says, he believes in “work worth doing”. Among the numerous projects which have sought to address issues relating to gender inequality and sexual discrimination are GetRaised, Salary Or Equity and #IAskedHer – the last of which was a direct source of inspiration for the #ifihadbeenbornagirl project.

Despite these efforts, Matt remains disarmingly frank about his own male privilege and the reasons why women might not always think the best of him. In short, we couldn’t have wished for a better first guest…

[Note from Tom: We recorded our conversation while Matt was in lockdown in San Diego. It was the middle of the night for me, but if you listen carefully, between Matt’s cursing you’ll occasionally hear the sound of the local birdlife enjoying the Californian sunshine.]

In this episode, Matt and Tom discuss…

Matt’s first recommendation is Pattern Recognition by William Gibson – “I can think of few better explorations of the interaction between tech and identity”, he says.

His second recommendation is The Memo by Minda Harts, which the author describes on her website as “a no-BS look at the odds stacked against women of color in professional settings”.

If you’re wondering what a Chief Behavioral Officer actually does, you should listen to Matt’s conversation with Nick Hobson on the excellent It’s All Just A Bunch Of BS podcast.

If you want to hear more on his views about the importance of work worth doing, listen to the talk he gave at TEDx Utrecht in 2014.

His own favorite talk was on the subject of behavior change at Nibud 2019.

We rather like this one he did at Virgin Disruptors in 2016.

If your curiosity was piqued by allusions made by Matt during the episode to a righteous battle he was fighting at the time of recording, everything is explained here.

If you would like to know about Matt’s other side-projects, including #WhyMenAttend and #MediocreWhiteMen you can find a complete timeline and further links here.

And in case you missed the link in the bio higher up the page you can order his book here.

By the way, Matt doesn’t just talk, he walks the walk. He does take on speaking engagements, but he’s equally happy to promote other experts able to speak on the topics he’s typically invited to cover. In particular, he recommends Neela Saldenha or Aline Holzwarth on applied behavior change generally, Stephanie Habif or Gina Merchant on behavioral change specifically in health, and Aubrey Blanche or Haile Owasu on the role of men in increasing gender equity.

Episode 1
A Conversation with Matt Wallaert